How can we help you today?

We are transitioning to Freshdesk support system to serve you better.

Please note that if you're trying to log in your RLC username and password will not work (for now), but you can open a support ticket without creating an account.
Solution home Red Light Center 2 Knowledge Base Scene Edit & Properties

To use Scene Addons from the Scene Editor menu, after opening Scene Editor, select Scene from the Menus, and click the ‘+’ sign. There will be menu popup to choose the addon attachment. Select one from the list, and click ‘Create’ 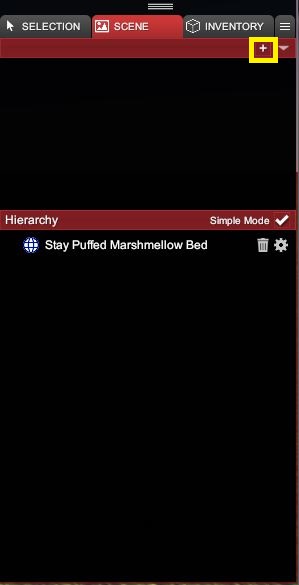 Adds a light in the scene

Plays a music stream that can be customized

Adds a plane with a water shader on it.

Adds a sky, and an abundance of customizable features, most notably a Day/Night cycle.

Changes the Depth of Field for the camera in the region

It's a form of color correction

Creates a small flurry of leaves that gracefully float downwards

Bartender:
Adds a bartender to the scene, you are able to customize the clothing colour/texture of the bartender.

To use the Prop Object Addons, you’ll need the prop listed under the Selection menu. There will be a gear on the right of the object – when it is clicked, a menu with ‘Add Addon’ and ‘Remove Addon’ will open. Selecting ‘Add Addon’ will give the following options. Same as with Scene Addon, select an addon, and click ‘Create’

adds the seating script to an object, along with a dummy that can be used to position the sit animation.

Adds the water shader to an object

Adds a volume as a child to the selected object

Adds a dance area as a child to the selected object

Adds an adult engagement script to the object 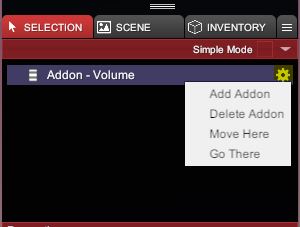 Adds a male sexbot to the object

Adds a female sexbot to the object

Colliders
3 types of colliders, Capsule, Sphere, and Box. Apply them to the object scale to preferred size.

Teleport
Adds Teleport to a trigger volume, set the destination and the start point that’s in your destination. For more information on Teleport click here

Did you find it helpful? Yes No

Send feedback
Sorry we couldn't be helpful. Help us improve this article with your feedback.